Columba College was established in 1915 by the Presbyterian Church of Aotearoa New Zealand as a private day and boarding school for girls with co-educational primary classes and a kindergarten.

The compelling force behind the establishment of the College was a local Presbyterian Minister, The Rev. Alexander Whyte, who was a firm believer in Church Schools and wanted to advance the higher education of the young women of Dunedin and Otago. As convener of Dunedin Presbytery, Alexander Whyte was well placed to promote his vision of a Presbyterian girls’ school, and it was in 1913 that Dunedin Presbytery approved the proposal to found Columba College.

Columba College takes its name from St. Columba. He was an Irish nobleman and monk who founded an abbey on the island of Iona off the west coast of Scotland during the sixth century. He was known for his combination of missionary zeal, considerable political acumen and dedication to scholarship. In addition to this, St. Columba was renowned for his profound spiritual life.

A dove which symbolically represents the abiding presence of the Holy Spirit of the Christian faith and the Saint after whom the College is named.

The motto was taken from the Latin verses inscribed in the Staffordshire pottery floor tiles in the vestibule and front hall of Bishopscourt.

Columba College is located in the city of Dunedin on the South Island of New Zealand. Dunedin is the home of New Zealand’s oldest university, the University of Otago, and students are able to enjoy the benefits of being educated in a vibrant university city. The College is in an attractive residential hill suburb about five minutes by car from the city centre.

The campus covers approximately three hectares. The mixture of New Zealand historic buildings, Bishopscourt and the original Hill Jack homestead, as well as first-class modern educational buildings such as the Girton and Braemar teaching and learning blocks and the Marsh Sports Centre, all set in landscaped grounds makes for a wonderful educational environment.

The blend of old and new is part of the College’s ethos – tradition and innovation working together to provide a top quality education. 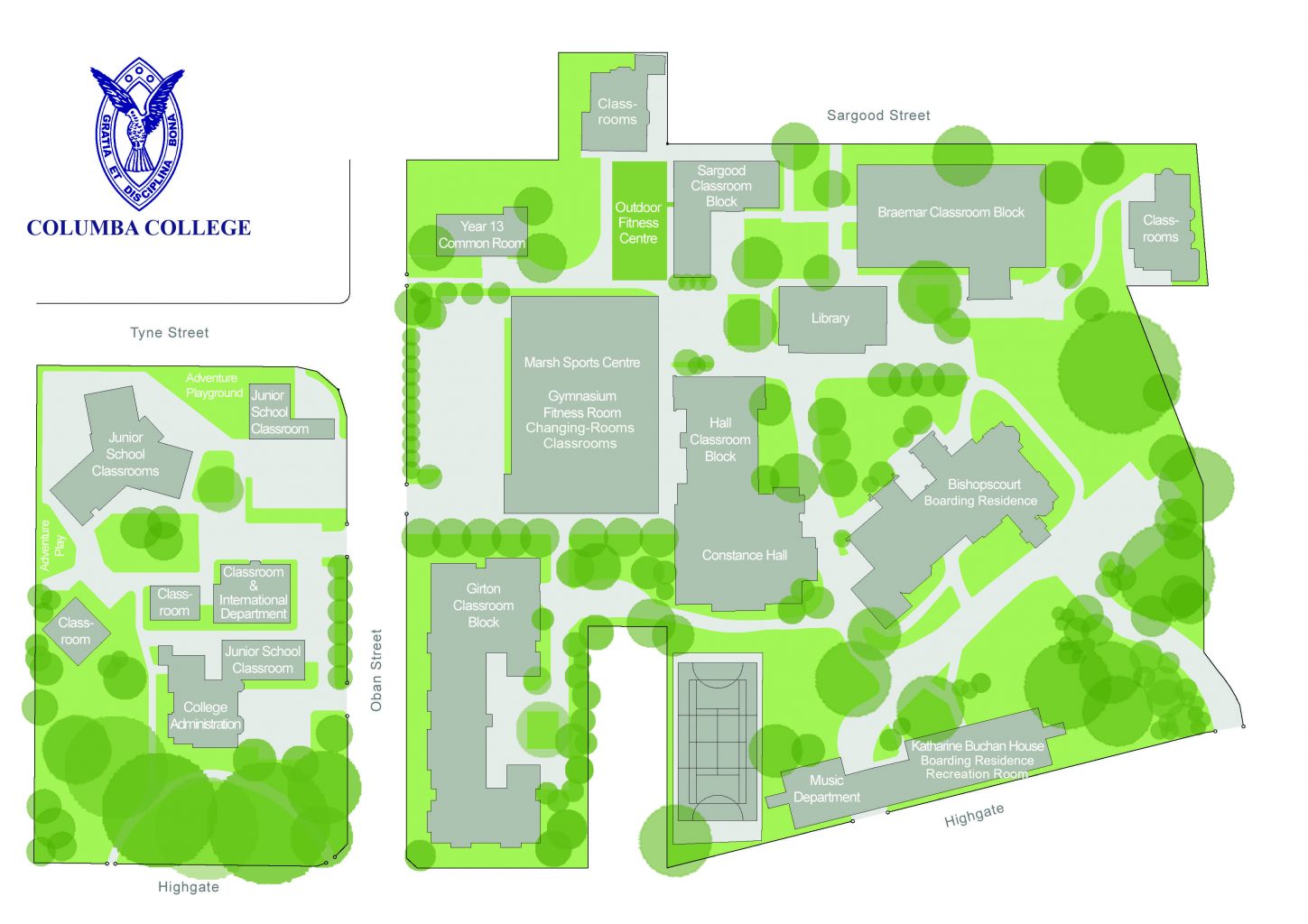 Humanities subjects are taught in Girton block which also houses the Carolyn Freeman Theatre. Girton receives its name from Girton College which provided many of the first pupils for the newly established Columba College. Miss Carolyn Freeman (first woman graduate of Otago University) was the owner of Girton College when Columba College bought its goodwill in 1914 and Miss Frances Ross the co-principal. Miss Ross became the first principal of the new Columba College in 1915.
Braemar houses Science (2 general and specialist biology, chemistry and physics laboratories) as well as Digital-Technology and Art. It meets the STEAM needs of our current students. Braemar receives its name from Braemar House School which provided many of the first pupils for Columba College. The Braemar name also lives on in one of the four school houses.
Constance Hall is the second oldest building at the College, after Bishopscourt, with the foundation stone laid in 1924. It was named after Constance Faulks who died while she was still a Columba school-girl. Constance Hall has been used continuously since 1925 as the College’s assembly hall. All Years 7 to 13 students and their teachers gather there two times a week for morning assembly and the weekly Chapel Service. It is also used extensively for performances, concerts, practices, meetings and junior socials as well as for our Special Services.
There are nine classrooms in Hall Block. On the ground floor there are two Commerce classrooms (Economics and Accounting) a Visual Art classroom, and the staff-room. All of the first floor is occupied by the Intermediate Department, the home-rooms for our four Years 7 and 8 classes and a larger general classroom for their use, the Intermediate Department office and a tutorial/resource room. The offices for the School Counsellor and IT support are also located in the Hall Block.
Privately funded through generous donations from the Marsh family, parents (present and past), Old Girls, Friends of the College, students and various trusts, the Sports Centre boasts: an international-sized netball court; a full-sized Badminton court; an international-sized basketball court; two Physical Education classes at a time (a motorised curtain divides the gymnasium into two spaces); a full-sized volleyball court and a fitness room with specialised fitness equipment.
The library occupies a central position on the Bishopscourt campus. The Interior of the building has been renovated with the whole space opened up to provide a welcoming, attractive and generous-sized library used by the whole school.
Sargood House, named after Sargood Street, houses the Mathematics department.
The main Music Room for Years 7 to 13 classes is located on the ground floor of Katharine Buchan House with an adjacent instrument store-room and three practice rooms.
Katharine Buchan House is also a three-storey building. It was built in the 1960s and is the senior boarding residence which can accommodate 32 in single cubicles. The Recreation Room is a very large room (18.0m long x 10.3m wide) on the ground floor of Katharine Buchan House. It is available for school use during the school-day, and for the use of boarders after school and at weekends. With its French doors that open on to a terrace, it is a popular lunching area for day girls and boarders.
This property on Oban Street is currently used as the Year 13 common-room.
The seven Junior School classrooms are located on the Hill Jack campus. The Junior School pupils have two adventure playgrounds on the Hill Jack campus, a hard-surface court and also enjoy the spacious grounds for recreation and play.
School Administration is located in the former Hill Jack family homestead on the corner of Highgate and Oban Street.
Bishopscourt, built in 1871-72 as the residence of the first Anglican Bishop of Otago and Southland, is a New Zealand Historic Place with a Grade 1 listing. It is the boarding residence now used for Years 7 to 11 boarders and provides a range of dormitories from single rooms, twin rooms to four or five bed dormitories. The dining-room which can seat 125 comfortably and the main kitchen facilities are in Bishopscourt.
The Careers Office and Careers Adviser are based upstairs in the Sports Centre with the adjacent classroom used for the teaching of the senior Careers units.
Like the Bishopscourt site, the Hill Jack property has an interesting early history. Mr Archibald Hill Jack bought the property in March 1863 for 800 pounds sterling. Archibald Hill Jack was a prominent and wealthy businessman in Dunedin, and a local benefactor. After her husband’s death in 1912, Mrs Kate Mary Hill Jack inherited the Hill Jack property and it was on her death in 1929 that the property was bequeathed to Dunedin. The decision made in 2002 to purchase the Hill Jack property will undoubtedly be recorded as one of the College’s most significant development strategies. This extra land with its scope for development in future years also provides the College with more green space for our present students.
In 2006 the School purchased the former Plunket Rooms on the Oban Street and Tyne Street corner. It is now an additional Junior School classroom.
Located at the top of Sargood Street, this space is a welcoming academic and pastoral area for our international students.
Art House. 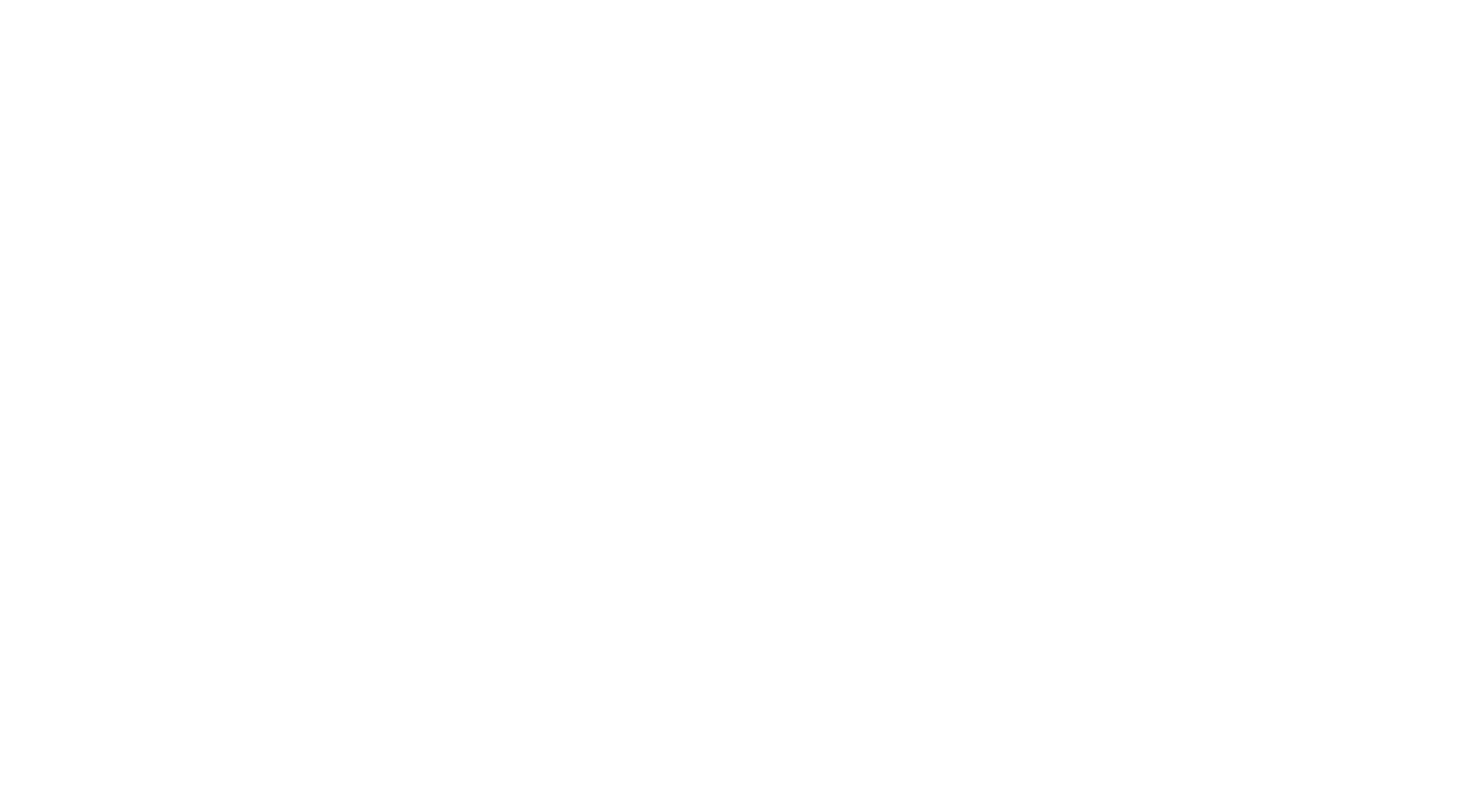